Embark together on the amazing journey into an open-world MMORPG with various release events and rewards for the Tower of Fantasy official launch. The official global version of Tower of Fantasy is now available on iOS, Android and PC featuring cross-platform gameplay. It is a shared open-world MMORPG developed by Hotta Studio and published by Level Infinite. Players can claim 59 pull items, a free SSR Relic, an SSR weapon selection box and 10 limited items during the global launch special rewards event now. Watch the official launch trailer below.

Tower of Fantasy is set hundreds of years in the future on a distant planet called Aida, featuring an anime-inspired post-apocalyptic sci-fi art style. Players will wander around the vast open world filled with futuristic structures, customize and upgrade their characters with various weapons as they like, and join in thrilling combat with friends to level up and claim more in-game rewards. 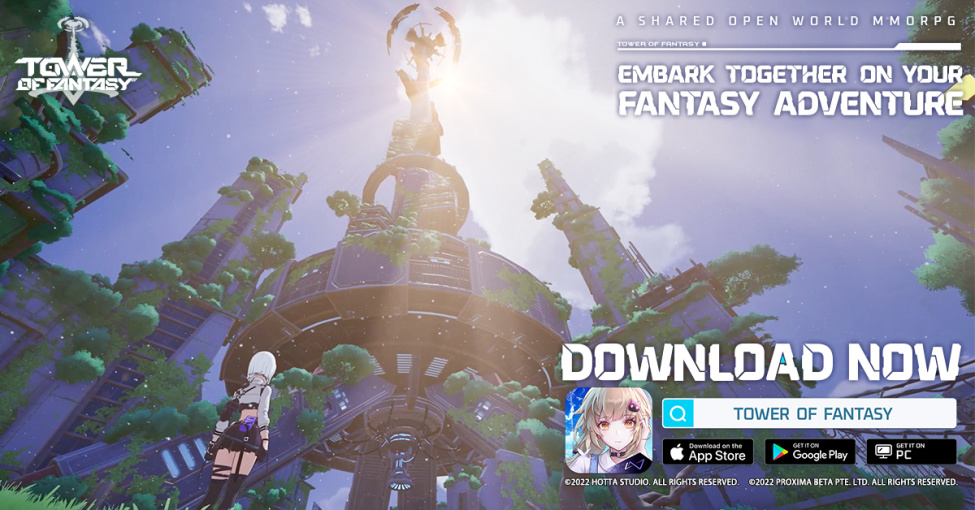 Tower of Fantasy offers players a bunch of special events and rewards for its official global release.

Tower of Fantasy supports cross-platform gameplay between mobile and PC. Download it to start your fantasy journey with your friends now! You can also check its official website and Twitter to get more detailed information.

News
Tower of Fantasy: Pre-registration for A Global Version in Q3
Latest News