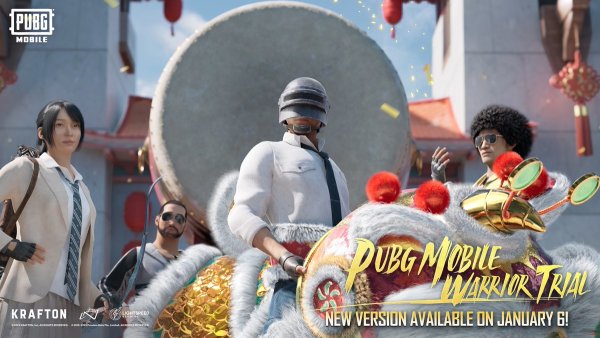 PUBG MOBILE version 2.4 is coming on January 6th, 2023 with a bunch of unique updates of outfits, skills, firearm and vehicle improvements, and lots more. The highlights of the 2.4 update should be the Martial Trial themed mode in which players across the globe will have a chance to experience the splendor of eastern martial arts together. Apart from that, Gear Front mode is returning in version 2.4 as well. Check out all the new features and updates in PUBG MOBILE 2.4 below.

As the Chinese Lunar New Year is arriving, PUBG MOBILE is collaborating with the renowned martial arts master Bruce Lee for its new Martial Trial themed mode. In Martial Showdown, players will get to experience traditional Chinese culture through limited-time martial arts-related items, events, and themed areas across Erangel and Livik. In the new Martial Arts Arenas, the Dancing Lion vehicle is the perfect way to traverse the battleground with a friend. It allows players to quickly jump and dash their way through, conveniently stored in their backpacks for easy access. New items and weapons are also added including an Explosive Bow and Grappling Hook. 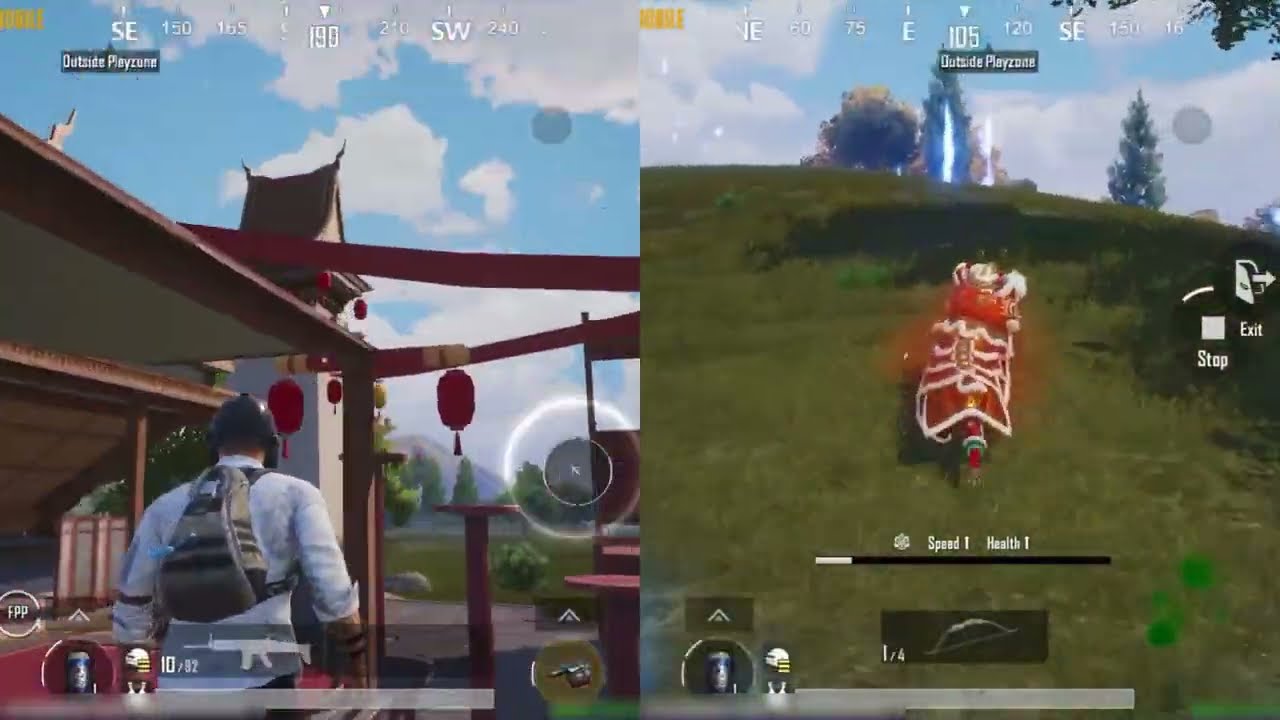 Players can now take on revenge missions to get rewards from the new feature Back For Honor. After being recalled from elimination, players can hunt down the one who eliminated them within limited time. If the revenge succeeds, the hunter will get the reward, otherwise, the target wins for avoiding elimination.

Apart from that, you will see Blessing Kites and Lanterns scattered around the Martial Arts Arenas and urban areas which will drop crates after being destroyed. And the new Kung Fu Steamed Bun consumable can be used to restore Health and Energy.

The collaboration event between PUBG MOBILE and the international martial arts master Bruce Lee takes place on January 10th. Players will get access to different iconic looks of Bruce Lee including the Bruce Lee Kung Fu Soul Set, Melee Expert Set, and Mr. Kung Fu Set, as well as a bunch of Bruce Lee-themed emotes, cosmetic skins for vehicles, parachutes, and more items. From Jan 10th to Jan 26th, players can join in the Dreamrealm Apprentice event to get exclusive rewards through challenging trials. 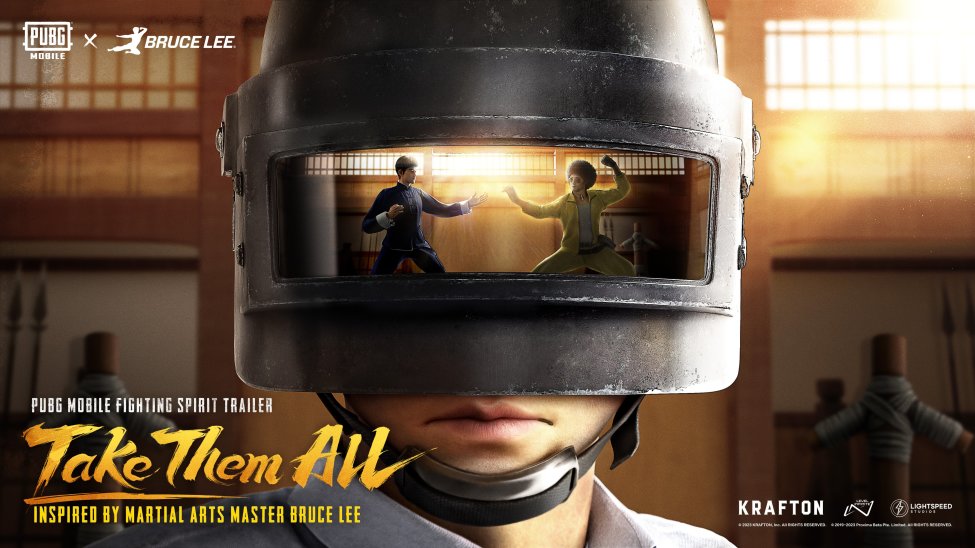 Gear Front is Coming Back with More Updates

Gear Front is returning in PUBG MOBILE 2.4! It would be exciting news for players that miss this mode for a long time. In the new Gear Front, two awesome skills are added for more strategic depth. The Player Launcher can launch you in the direction you set in seconds. And Tactical Camouflage will help you hide yourself better in the jungle without being notified by the other players.

PUBG MOBILE 2.4 update also brings new firearms and vehicles. The new AAC Honey Badger is perfect for close-quarters combat with 7.62mm rounds and a high-firing rate will be available in Erangel, Sanhok, and Livik. A new 2-Seat Bike is available in Miramar, Livik, and Erangel, allowing players to ride with friends. Furthermore, Polaris side-by-side vehicles have entered the battlegrounds. Players can expect more selections of weapons and vehicles in the version 2.4 update.

A new map: Misty Port is coming to the revamped Metro Royale mode on January 9th, with more supplies, transportation routes, and NPC enemies and bosses for a better PvE experience. Players can get Draw Packs in Metro Royale's Black Market for the Premium Firearms Pack and Premium Armor Pack which can also be purchased with Metro Cash. New equipment and items are also added in the new map in the 2.4 version. 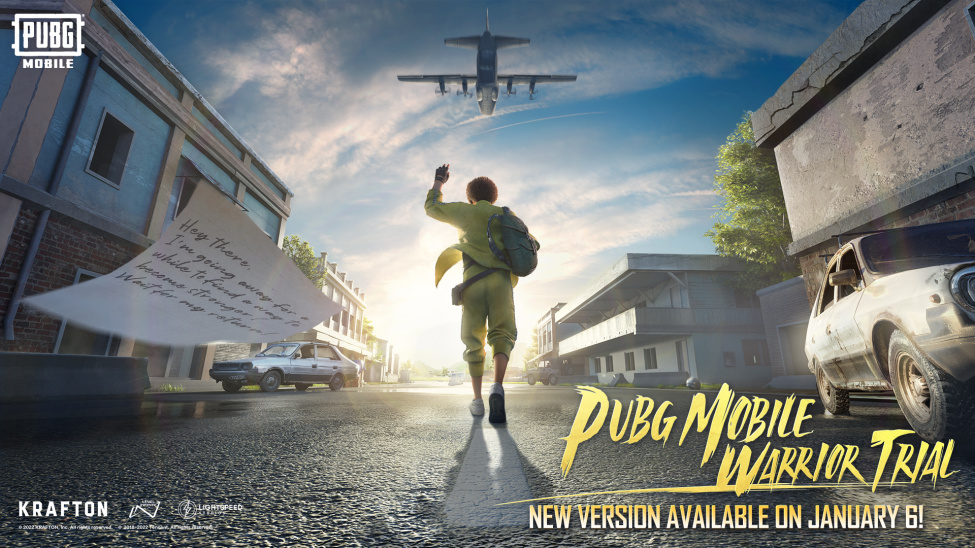 Also starting from Jan 17th is Royale Pass Month 19: Boiling Blood, which brings updated RP Favourites Crates and new rewards. The Server Golden Chicken, Bonus RP Points, and Group Purchase will also continue to be rolled out, together with new RP Missions that can be accessed in Metro Royale.

Download PUBG MOBILE from APKPure now to get the latest version when the update is released.

How To
How to Download PUBG MOBILE LITE 0.25.0 Update