League of Legends' last patch of season 12 is coming! A variety of new champion skins and items updates are currently available in patch 12.23. Let's take a deep look at everything new in this patch! 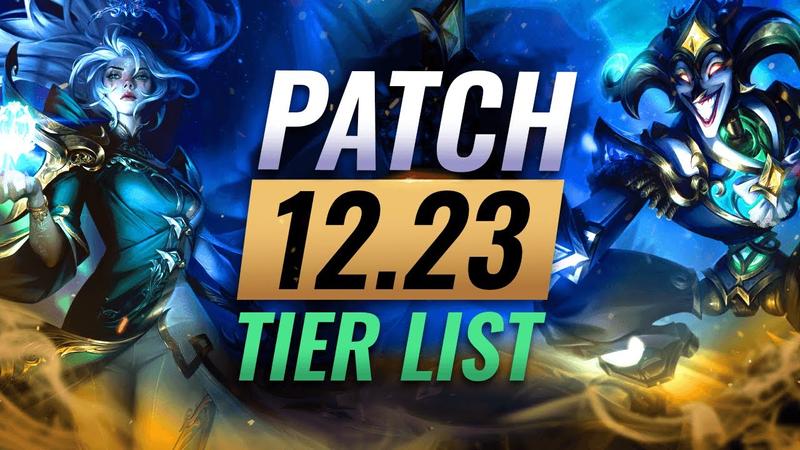 LOL brought many balance changes that will buff, nerf, and adjust champions, items, and more.

Ten heroes are earning buffs which allow them to deal more damage. While the other eight champions only received minor buffs adjustment, Dr. Mundo and Zeri reformed in this patch. All of their abilities including base status, health cost, passive skills, and many will increase or decrease in the new version. 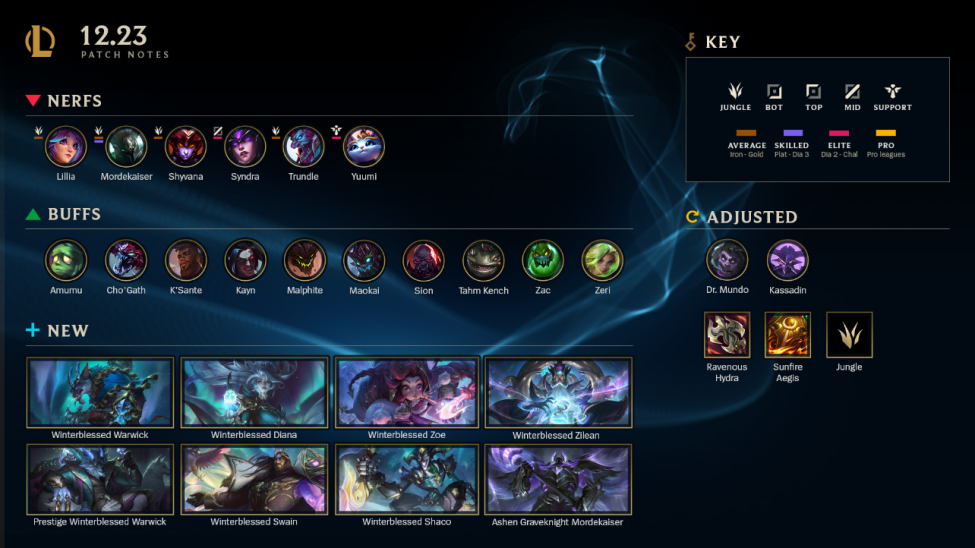 Players would be excited to see their favorite champions have new winter skins!

A new set of LOL winter version skins released by Riot Games are available in Patch 12.23. The developers behind LOL announced earlier that this new skin line called “Winterblessed” is coming on December 8, which features its six new champion skins: Diana, Zoe, Swain, Shaco, Warwick, and Zilean. Aside from its winterblessed skin in LOL, Warwick also has a prestige version of holiday skin in this new patch. Aside from the consistent winter themes of snowflakes and blue-purple splash art, this batch of skins for League of Legends also features beautiful auroras as an additional background.